Jens and his team the North Star Knights  had their only trip to Canada early December. Worked out for me to road trip up there and catch both games. Always enjoy going to Canada and checking out the smaller towns on the prairie. The hockey culture is strong, obviously, and the small towns take pride in producing NHL players all across the Great White North. 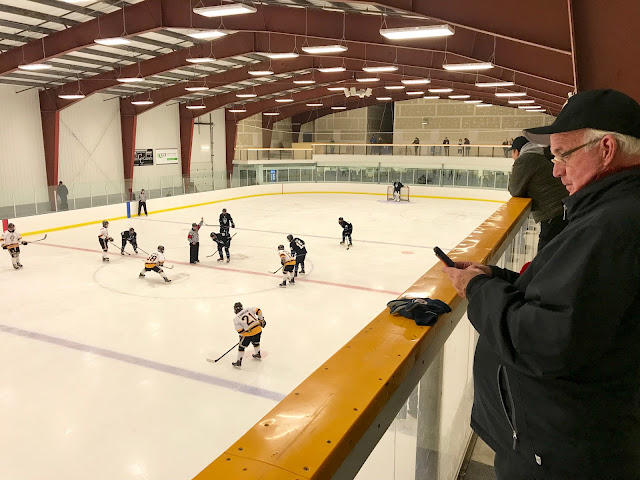 Also enjoy visiting with parents, grandparents or in this case, the goalie coach. Goalies are a special unique breed and probably could say the same about the coaches. All good. 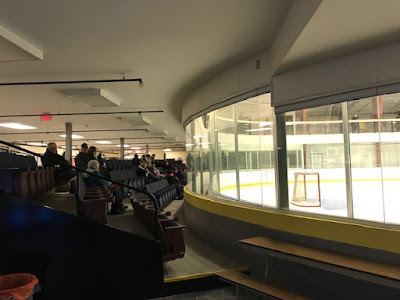 The arena was a combination of a multiple of buildings and structures put together. Like many older rinks, nothing else like it. 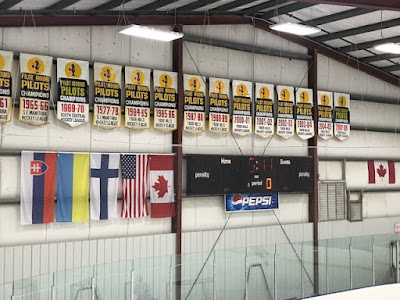 Banners from teams past. 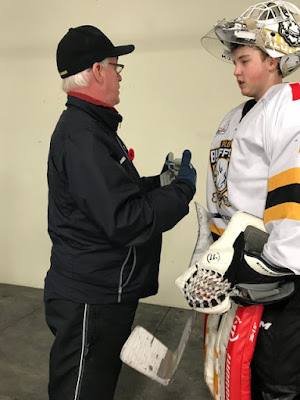 Priceless catching the conversation between coach and player. 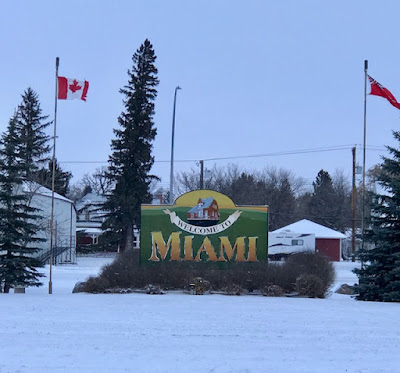 Snow in Miami. Next morning took a little road trip making way to Ski Birch or Birch Hill. Nordic area with some sweet mountain bike trails I raced on back in the day. 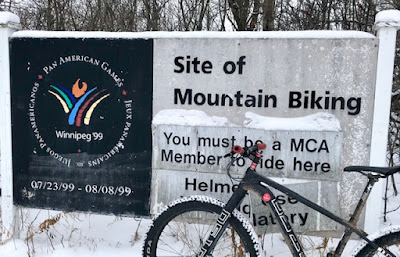 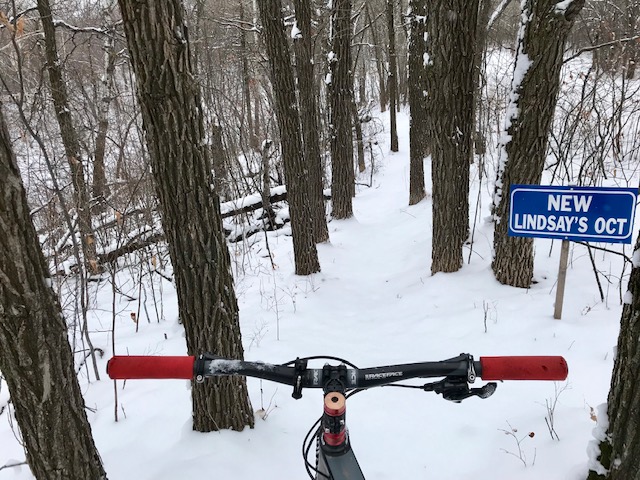 Still had a great ride. Lot of push a bike but the downhills were super fun. 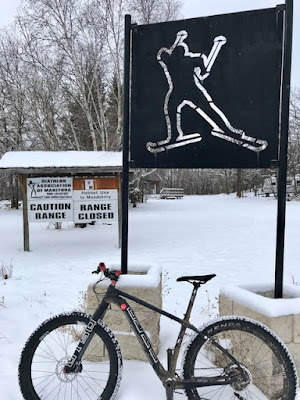 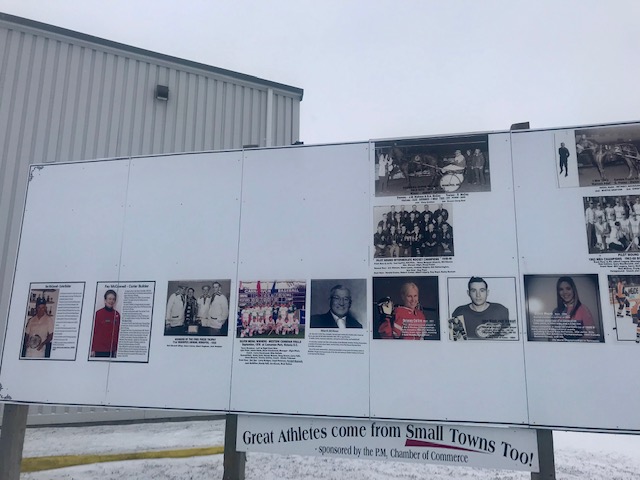 Pilot Mound would give Callaway a run for its money on population but there is some great folks to come out of PM and like many small Canadian towns, they have a good Chinese restaurant. 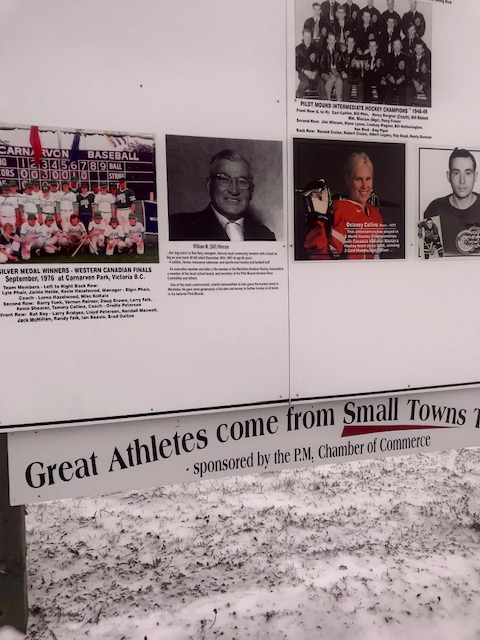 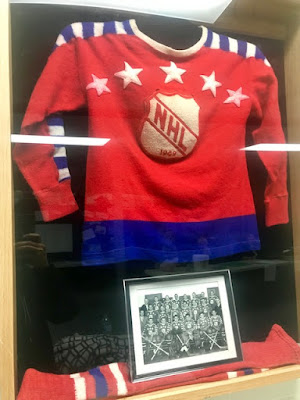 Memorabilia in the arena. 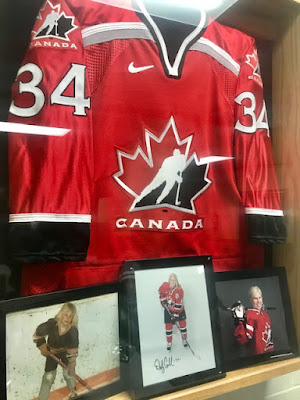 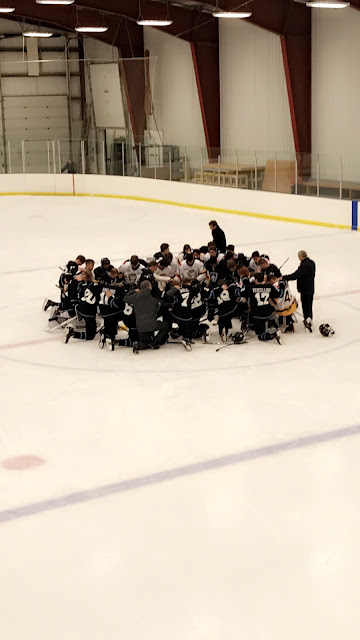 After every game with this team. 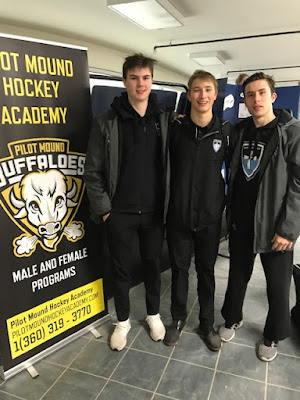 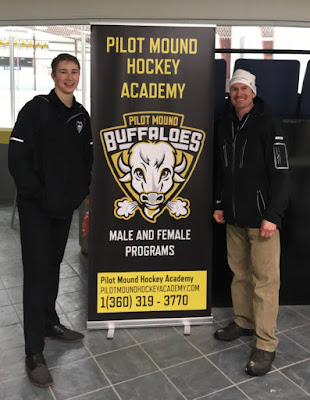 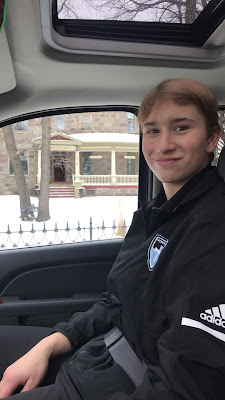 I was able to take Jens back to Grand Forks with me. Great to catch up and highlight of the trip.
Posted by Jay Richards at 7:44 PM